Mistakes – we have made a few. Here are some of our most memorable ones over the last couple of years:

1. While learning to use our GPS we followed its directions into the middle of an ancient Portuguese town on Easter Sunday, at the same time that all the old people were coming out of mass, until the streets got so small we had to back all the way out of the town.

2. We had to build our back bench 3 times because we used too thin of wood.

3. We paid 68 euros for one nights camping in Spain when there was a place for 25 euros one block away just because we drove into the first campground before we knew the price.

4. We installed cheap particle board shelves that literally fell off  the walls.

5. While we were driving, games, small books, suntan lotion, etc. flew off of our shelves, onto our heads, because we thought bungie cords would hold it all on the shelf.

6. Because we did not have our papers together for the Albania/Macedonia border, we were turned away and had to take a detour through Greece that got us there almost a full day later.

7. We overcompensated by giving too many papers in our packet for the  Macedonia/Serbia border and confused the border official.

8. We did not have enough cash in Euros or USD at the Serbian border to pay the insurance and had to drive to the nearest bank machine, 20 minutes away, while our passports were held at the border.

9. We left our camera on the dash, in Serbia, and almost got it stolen by some “window cleaners”.

10. We unfortunately created a moisture bridge by screwing metal screws into a metal framework . 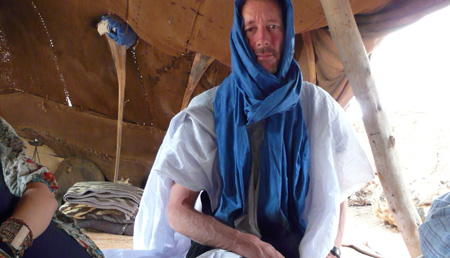 11. We paid too much money for an awesome “Lawrence of Arabia” outfit and some pieces of jewelery, in the Sahara, because we didn’t know what it was worth and we trusted the salesman simply because he hosted us in his camel hair tent.

12. We sent one of our young people to the UK while assuming she had a bank card. She had none and was sent back to us in Africa after being handcuffed and spending 4 days in a detainment facility.

13. Elizabeth got locked in a self-clean toilet, in France, during the cleaning cycle because she pushed the door button too many times.

14. Elizabeth got locked in a self-clean toilet, in Spain, during the cleaning cycle because she pushed the door button too many times.

15. We connected our Solar panels the wrong way many, many times and had to pull out the ceiling and insulation in the front ceiling before we got it right.

16. Andrew almost drowned when he went out to save Hannah, who was being pulled out of sight on her boogie board. When he went out without a board and spent 45 minutes fighting the waves before being brought in by the same rip tide that pulled Hannah out.

17. We overloaded our bike carrier until it sagged and had to be propped up.

18. We bought a chemical toilet. Andrew thinks this is a good idea. I think it was a mistake because we are rarely allowed to use it as it is too difficult to find a place to empty it when we are wild camping.

19. We bought a cheap and cheerful umbrella chair for each member of the family before we realized they each had about a 2 week lifespan.

20. We put 2 giggly girls in the navigation seat at a crucial juncture and ended up driving through the Rif mountains and getting chased by drug dealers.

With all the mistakes that we have made we are only really fools when we don’t learn from them.

There is only one way to avoid making mistakes:

Now that is no life at all, is it?

This post is part of the FOTR Blog Carnival.