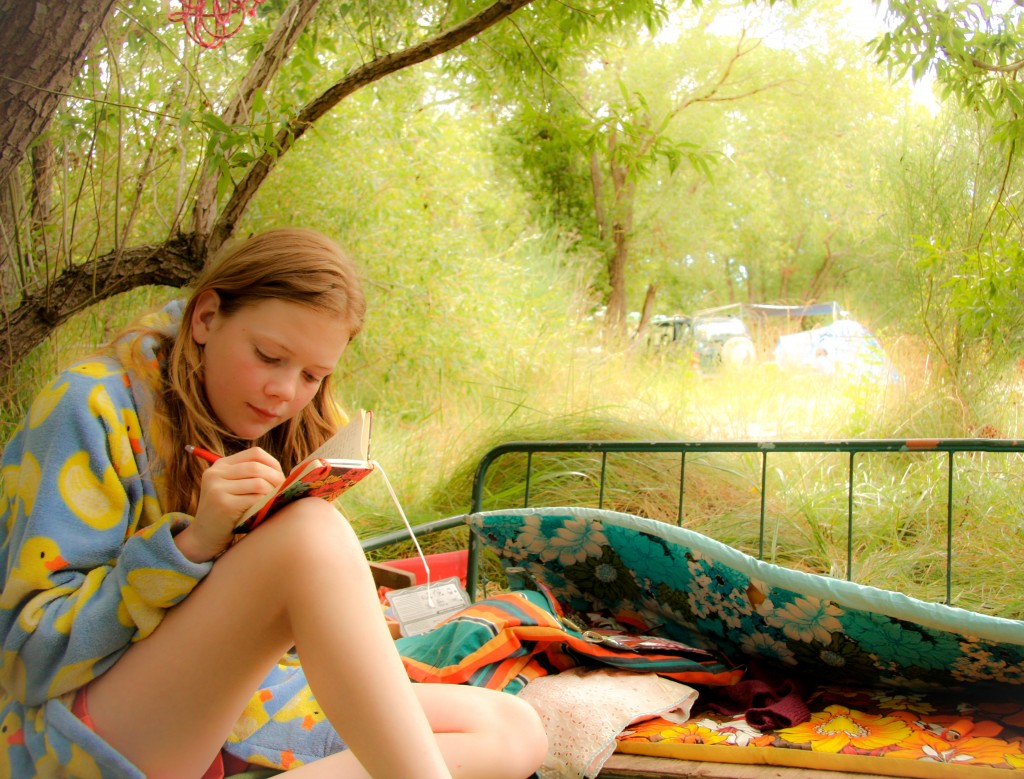 When I was younger, when we lived in Orkney, I thought reading was something that could be fun but I never had the time for it because of the boring books my school assigned for me, ones where I’d argue with the teacher about how ‘Jan’ was pronounced because it was a Swiss boy and definitely pronounced like ‘Yan’. I’m not sure whether or not I was right, but I got pretty upset about it.

At that time, I only ever read ‘Jacqueline Wilson’ and the books from school… occasionally, but I was never really all that into books, I’d much rather play imaginary games or watch tv. Thinking about it, I was a really boring kid.

I only started chain reading after we had been travelling in the truck for a few months, I was really bored so I picked up the book Liz had suggested I read: Twilight. I’m ashamed to say, that’s how I got into reading. Not the best book series, but it was pretty well-written, to be honest. Nowadays, though, I read much better books; Harry Potter, Mortal Instruments, Percy Jackson, stuff like that.

On the other hand, imagination is something I have always had. Even in Orkney, maybe even before that, I was a daydreamer, always making up worlds inside my head -mostly spin offs of the movies I watched but still- whenever I got bored I’d go into them. As I grew older, they become more and more their own stories, rather than a random addition to an existing one. It’s even gotten to the point that I’m now planning on writing these stories down, maybe even publishing them (these stories are totally unique, by the way).

But the thing with reading is that you can’t enjoy it much unless you have at least a bit of imagination. Even just enough to see the story in your mind’s eye.

And the thing about imagination is that you always need something else with it, something to fuel it, so that it doesn’t just dwindle and die, and for me books have always been that something, books open up doors that I never even knew existed.

So, for me at least, books and imagination are two things that can’t live without each other.