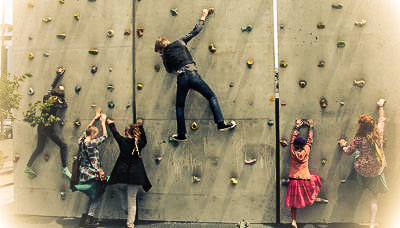 Can you believe we have been in New Zealand now for over 6 months and such a pathetic representation of blog posts. I suppose now that we aren’t traveling quite so much in “dangerous countries” there isn’t as much need to put up a blog post to say, “hey grandparents! We aren’t DEAD on the side of the road or captured by pirates or anything”.But, we do need to catch up to show that we are LIVING!

Let me catch things up. Actually, how about some pictures first. Just for the Grandmas.

We met up with Samuel in Wellington and did some more “hanging”. 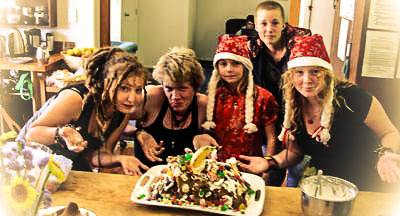 We started out living in a great big circus Marquis while we were working on our yurt. Now, who has always wanted to live in a circus Marquis?

After a while we got to move into our yurt. 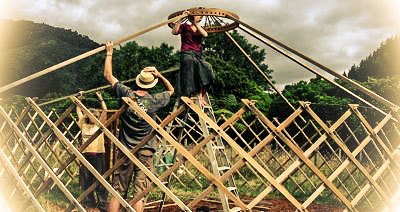 Here is the story.

First, of all, we are planning on doing some more traveling. We have our beloved truck, Maggie, here to fix her up for some more adventures in New Zealand and beyond. Did anyone say, Africa? Hmmmm, we shall see. All our kids were feeling a bit identity challenged and our older kids were wanting a bit of a softer way to fly the coop than to be tossed on to a plane and flown to the other side of the world. Sure they have 2 passports (New Zealand and USA) but they were unfamiliar with both of these places and were lacking a sense of home. When we flew around the world last year (or was it longer?) we asked them where they would like to call home. Their three main choices were USA, Australia and New Zealand. They unanimously chose New Zealand. So, here we are. We found a community about as crazy as us outside Wellington. Samuel arrived before us and is settled into Victoria University and studying Theatre/Film. Lizzy is moving to Wellington this month and Abi is in Prague learning “Hostel Management”, but plans to return in December and study “random things” at the local Polytech. I am homeschooling TJ and Hannah and trying to restart “Gone2Pot”. Andrew is busy writing some books and together we are trying to start an import/export business. We are living in our yurt with our truck, Maggie, parked next to us. We also plan on working on Maggie, taking advantage of some local “Kiwi Inginuity”, and taking her on her next adventures.

Hope to keep up better from here on out.