For almost 30 years Andrew and I have enjoyed a nomadic existence, journeying through and living in over 55 countries. Sometimes we stop for a few years but our true nomad nature soon takes over and off we go again.

We have raised 5 of the most amazing kids, and young adults in the world while on the road. I know that we might be a little bit biased in this but it is a mother’s perogative.  I think they would all be called “third culture kids” as they have grown up, primarily, outside the country of their passport and see themselves as belonging to the world rather than one particular country in it.

We currently travel the world in our 4×4 truck, “Maggie”.  She is our full-time home.  The only other home we have is in each other’s hearts and in the hearts of our “tribe”.

Our numbers in the truck are quite diminished as children do grow up and leave eventually.  We are down to mum, dad, TJ and Hannah.  The older kids are finding their own amazing paths.

1985 : Andrew and I met on a ship going around Central and South America. We were giving away and selling cheap educational books.

1987 We flew to California, USA and Got married.

1991  We sold our house, put all our earthly belongings in a few backpacks and trunks and moved to Australia with one 6 month old child, Sam.

1993 We put all our earthly belongings in the same backpacks, without the trunks, and moved back to USA with 2 kids. Lizzy was a year old.

1994 We lived in a small 1969 ford motorhome, with Snoopy flying on his doghouse painted on the side, for a year in Pasadena, California. This was for cheap accomodation while Andrew went to graduate school. We had 2 small children, Sam and Lizzy. We looked for a suitable parking lot, asked permission to park and worked for them as payment for parking. Our most momentous adventure was to drive to the Rose Parade a couple of days early, parking on the road and enjoying front row seats from our roof.

1998 We put all our earthly belongings into a cargo van and a tent with 4 children for 6 months. Hannah was only 6 weeks old at the time.

We were given a 10 year old, 33 foot, Winnebago Motorhome. It had dusty pink carpet, need we say more. We did over 25000 miles in 2 years crisscrossing America several times. Unfortunately we killed this vehicle. Why? We now think that “normal” motorhomes are typically not built to haul a family around full-time. Too much weight and too many miles. A van engine and van brakes and van shocks with too big of a box on the back.

2000 We put all our earthly belongings in a few suitcases and moved to Scotland with 4 kids.

2002 We put all our earthly belongings in an old Volvo sedan and moved to Prague with 4 kids.

2003 We took off in a 20 year old Avia motorhome from Prague. This vehicle was built by a Czech airplane company as a cargo truck, converted into a motorhome by an employee after the “Prague Spring” to take his wife and 2 sons over the newly opened border and explore the continent. We did not bring all our earthly belongings with us this time as we were only gone for a few months. We had 5 kids at the time (TJ was born in Prague) and an adopted family member (Jessica). The engine of our little Avia motorhome blew up on the motorway in Italy and had to be left for dead. We were then rescued by Paulo (Italian), Reinhold (Swiss) and Wolfgang (Germany). We had a wonderful diversion for a couple of weeks before picking up our summer plans with a borrowed van from Wolfgang. 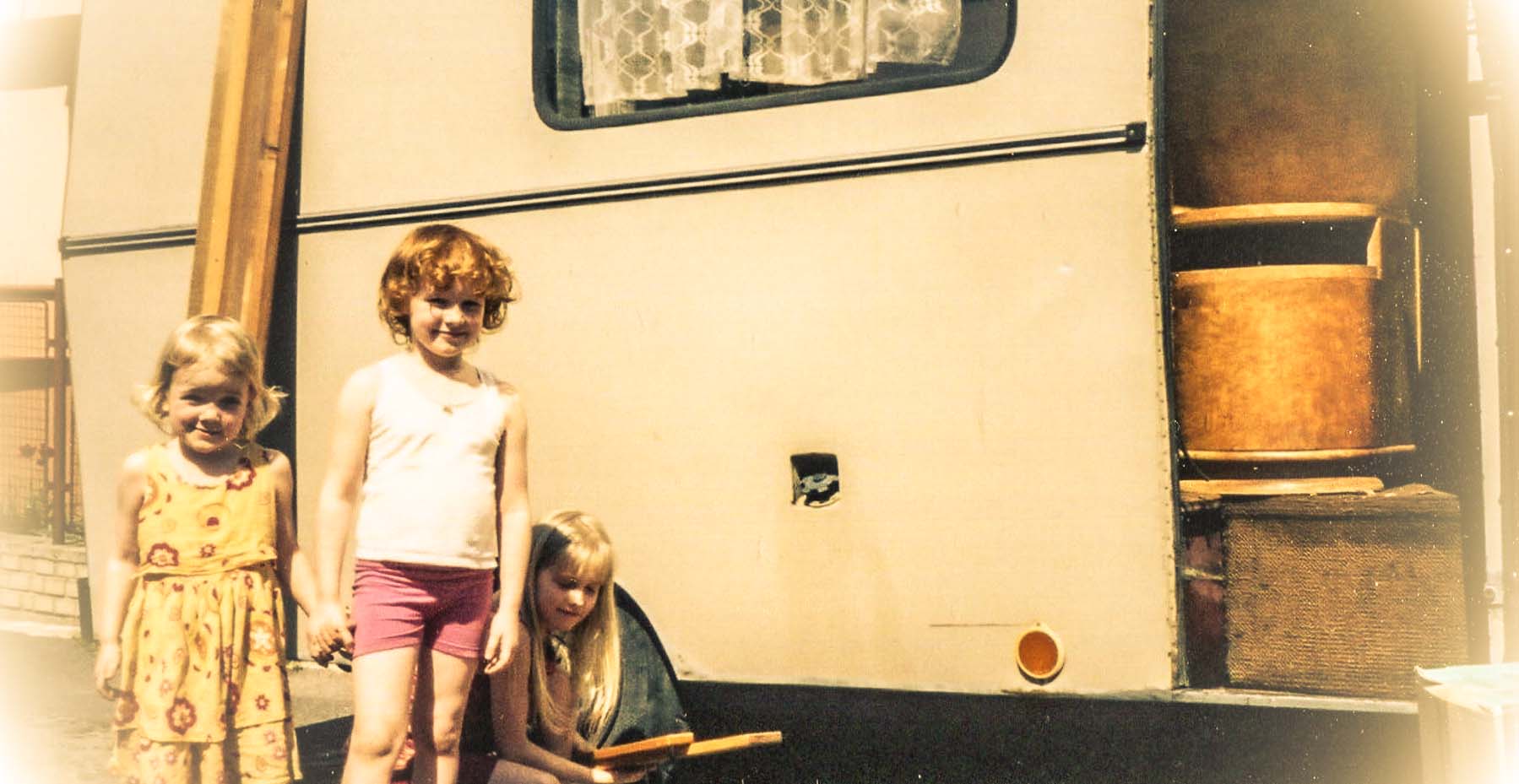 2006 We put all our earthly belongings in a van and moved back to UK with 5 kids.

2008 We bought our overlander, a 1987 Magirus Deutz, for GBP 3500 and made her into a motorhome from November on. We put all our earthly belongings in her and took her on the road just a few months later on March 11, 2009 even though we continue to work on her on the road. We chose Maggie because she is strong. She can handle the weight. She has air brakes. She has a non computerized system so we might be able to fix her ourselves or she can be repaired in poorer countries. She is air-cooled (no radiator). We think she is beautiful.

2010 We made it into Africa in January and went through Morocco to the Sahara before heading back up north. After 3 months in Morocco we went through Spain, Italy, Croatia, Bosnia-Hercegovna, Albania and Greece on our way to meet with friends in Macedonia. We went back up north through Serbia and Hungary to go back to our favourite festivals in Poland and Germany. While in Czech Republic we decided to leave the truck behind and fly for a bit to see our families. We flew to the U.S.A. after a few days in the United Kingdom. We bought an old station wagon for USD300 on the east coast and drove it across to the Pacific Northwest  in time for Thanksgiving and Christmas with mom’s side of the family.

2011 We continued our around the world flight by flying from California to New Zealand in January. After 3 months in New Zealand to introduce the kids to their New Zealand side. We flew to Perth, Australia where most of Andrew’s family has immigrated to and spent a month with dad’s side of the family. We got a free layover in Asia and spent it by flying to Hong Kong and taking the train to Beijing to see old friends and make some new ones. In May we made it back to Czech Republic and picked up our beloved truck. We revisited friends in Czech Republic and Germany before leaving Europe through Austria, Hungary, Romania, Bulgaria and Turkey. We finished off the year by flying to New Zealand via Egypt, India and Indonesia. We bought a broken yurt and put it up at “Ngatiawa River Monastery”.

2013 Sam and Jenna get married in February. Our family has grown. They travel with us around New Zealand in their Caravan and fly off to the states in July. Lizzy and Abi are now living in Wellington. Lizzy is working at ‘Baobab Cafe’, in Newtown. Abi is the head barista at ‘CQ Quarter’ on Cuba Street. The rest of us are exploring the beautiful south island of New Zealand in ‘Maggie’ and loving it. We might fly to somewhere in Asia sometime later this year. Don’t know.

2014 It is now only Abi in New Zealand.  Making great pizza and getting ready to learn to be a paramedic or a nurse.  Lizzy is in Portland, Oregon, getting to know her aunties, uncles, cousins and grandma a bit better.  Sam and Jenna are bartenders in Austin, Texas.  Maggie, our truck is being shipped to Germany.  Dad, Mum, Gwennie and TJ are taking the slow way to Germany, through the U.S.A.

Thanks for following our adventure.