Yesterday I arrived back in Turkey.The beach here at Çıralı is famous among campers because its the best place to wild camp for free in Turkey. Our family was here for a month last year and really enjoyed the ancient ruins of Olympos right next to the beach.

This beach is protected from development because it is here that loggerhead turtles come to lay their eggs. The baby turtles waddle down to the water at night so its hard to see them but many people do.

Unfortunately, big business is trying to get the land and start development of hotels. This hit the papers in Turkey but there is not much news in English. 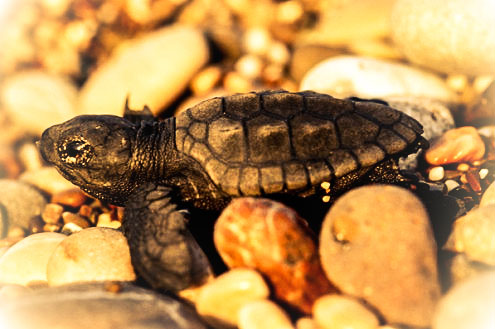 My friend Apo who owns the Sahin Pension, was on the beach a few weeks ago with his father to raise awareness of this problem. Rather than sell up to wealthy businessmen and make a fortune, they would rather protect the environment and the turtles and keep this beach a protected wild-life reserve. 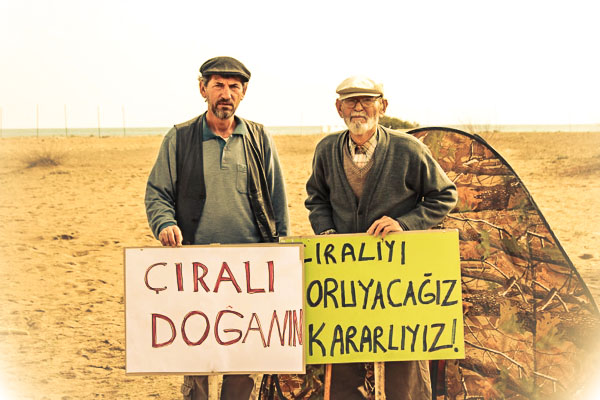 I am making a short video on the problem. I will post a link to it here when I get it done

Related: WWF has a good French article on loggerheads turtles at Çıralı at WWF.

Family is now in a couple of different places. It all happened quite quickly as the tickets weren’t booked until the crew came back from Van.

Andrew is going through Egypt. He is taking Natasha back to her dad. Lizzy and Abi went with dad for the sheer friendship and fun of it.

Not to be competitive or anything but Debbie, Priscilla, Hannah and TJ found a route taking  us through Delhi. So we elongated our layover in Delhi to a week.

I can’t speak for the Egypt group but the Delhi group is doing great. We tried out couchsurfing.org in Istanbul and had some great adventures with our new couchsurfing friends. We got to hang with people from Turkey, U.S.A., Belgium, Canada and Japan. We also had a few turkish foods that needed to be enjoyed before we left Turkey. Like Kumpiri (baked potato with attitude) and Waffle topped with – as my momma used to say, “the Lord only knows what”. 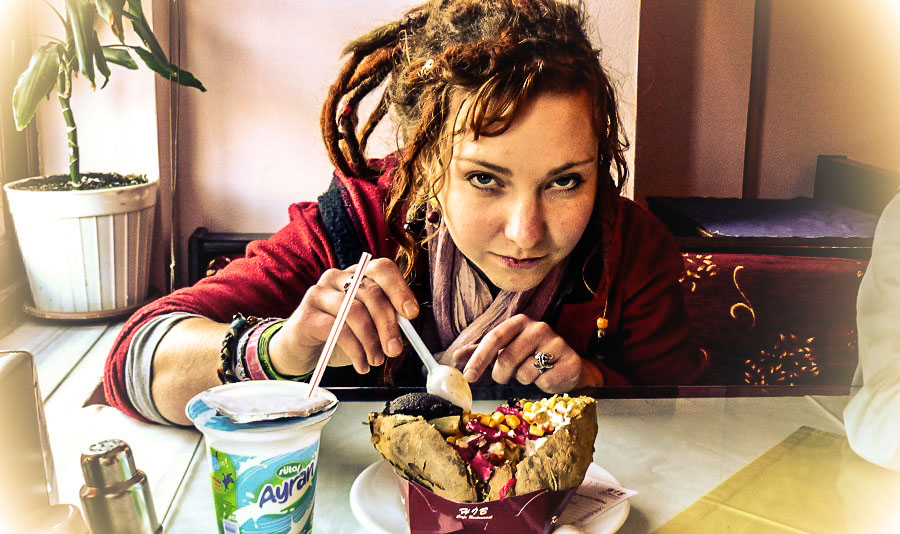 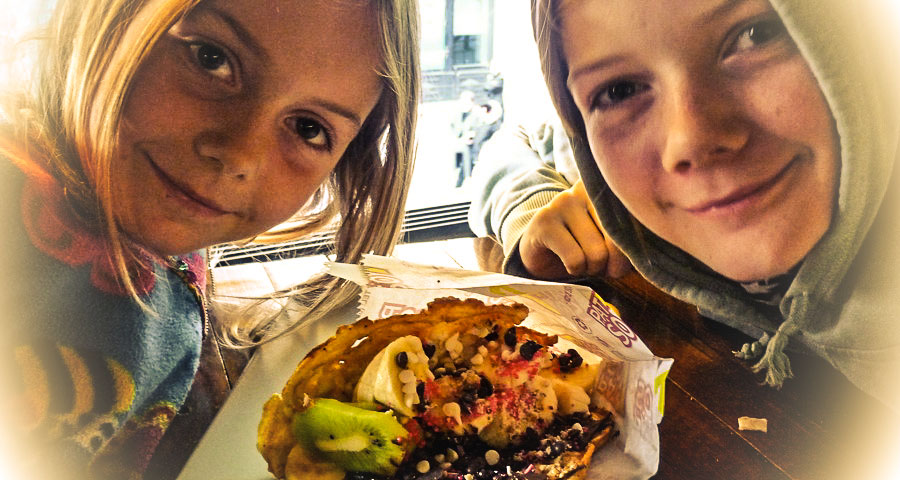 On the 17th of November we will rendezvous in Bali, Indonesia where we will be meeting friends, and making new ones. We are going to see what mischief they are getting themselves into.

On the 11th of December we go to New Zealand which we are trying to make into our home base to travel out from. So far we have a a son, a storm damaged yurt and some friends with farms to park it on. Not too bad huh.

Cirali, right next to the ancient town of Olympos, is simply the best place to wild camp in Turkey. The beach is the nicest in the country and there are free toilets and a water supply. We were parked next to the sand, under huge trees, and it was great! Plenty of other wild campers also from all over Europe.

But if you don’t have a camper, there are heaps of ensions to choose from. We had a bad experience in one of them and shifted over to Şahin Pension which was great. Apo is the friendly owner. He speaks English, German and Turkish. They have wifi, restaurant, and even their own boat for cruises. Good prices also. If you don’t mind a little walk into the main part of town, check out Şahin Pension down the end of the road.

Well, they made it and gave away their cargo. 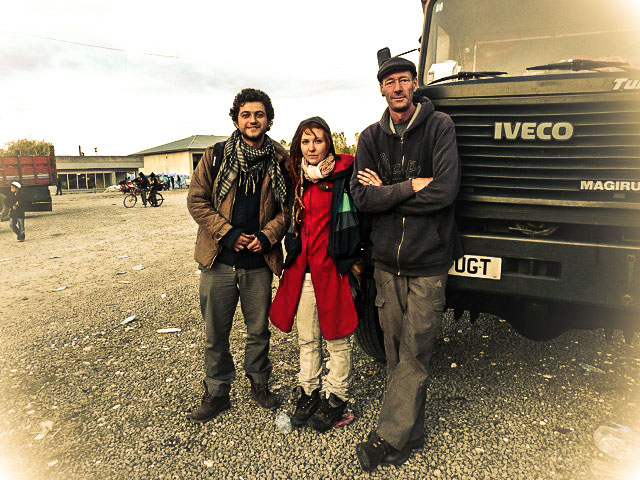 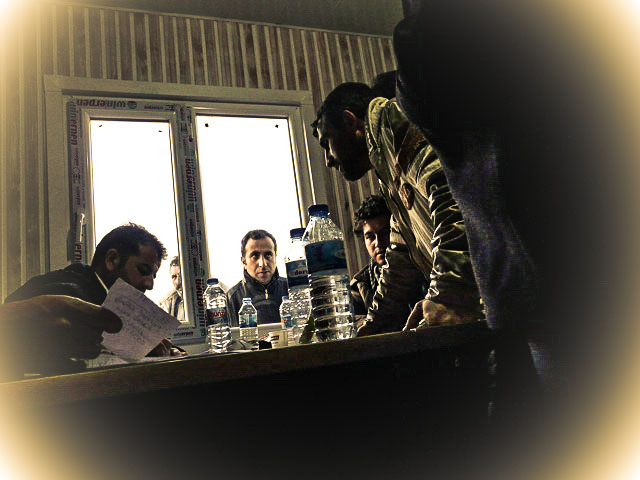 Andrew and Priscilla went into Antalya today to get blankets and warm clothes. He went into the slums of Antalya to get the supplies he would take to the earthquake victims. These people have nothing and yet they bought brand new blankets for the victims. They stuffed every nook and cranny of the truck and sent them off. They didn’t send them to the distribution center in Van after all. They sent them directly to a village of 2000 that was hit quite hard and has received nothing from the outside as of yet due to the difficult road situation. At least that is the news I got Anna. Haven’t heard from them directly but to us The people of the Antalya are heroes and Priscilla is a hero and my man is a hero. Pray for safety. It is a very long 2 days drive.

Andrew took off this morning in our home to take warm clothes and blankets to the earthquake survivors in Eastern turkey.

Last night we took our personal belongings out of the truck so that it can fit more in for the 1400 km trip to the edge of Turkey. He takes Priscilla with him. She is being baptized by fire as she arrived only yesterday. Yikes! He left us to go to a Kurdish center in Antalya to pick up cargo and a young Kurdish man who has volunteered to be his translator/navigator. The Kurds are a persecuted minority here as in many other parts of the world. They tend to be quite poor.  In! faith they have gathered warm clothes and blankets for the earthquake survivors while having no means or money to send it across the country. So, on our end Andrew talked to Anna who talked to Ishmael who talked to the Kurds. Now, their sacrificial gifts are on their way.

We will keep you posted on what happens next.

If you want to help with costs… It will be alot of fuel, food on the road and the cost of a place for the family at Sahin Pension while he is gone. They have given us a huge break for our one room that the 6 left behind are squeezing into but it is still way more than we usually pay for the night. Especially seeing as most nights we are wild camping for free.

Anyway… Here is where to give money:

If we get more than we can use we will pass it on to those that can use it well.

The Kurds have stepped out in faith. We have tried to follow suit. How about you.

Sorry no pics yet

I have a friend named Ismael who is contacting the Red Crescent today to see if our family can help out. We have a strong truck and could easily transport cans of food, blankets, tents or water. The main road out of Vans is destroyed but I think our 4×4 overlander, with its high clearance, could make it through.

Once I hear from the Red Crescent what the needs are and how we could help, I will post something here.

QUITE POSSIBLY, I might need some volunteers to come. You would fly to Antalya tomorrow and we will take 2.5 days to drive there. We might need money for diesel and food and whatever supplies are needed. Will let you know soon.

It has been stormy this last week, in Turkey. Severe gales of winds and just as you think the sun will come out you get pelted with rain.

The bluest seas come with the storm. They are already a beautiful blue and transparent. It is easy to get mesmerized watching a small squid or the flying fish skimming across the top. It is the storms, however that stir up the bed of the seas and make it all an opaque turquoise.

Quite poetic as well that such striking beauty comes from a storm.

As we drove along the coast I was reminded of when I was a teenager. Being young and naive and thinking I knew quite a bit about the world I had never seen I would spout out foolishness with confidence. Those words come back to me from time to time.

I remember seeing a photo of an opaque turqoise sea. I spouted with confidence. “I know that photo is doctored because it is impossible for the ocean or sea to be that colour.” My knowledge of the colour of seas being limited to the muddy brown waters of my particular part of the New Jersey coast. I now know better. I wonder what else I was wrong about. What foolish things I still say out of ignorance.

It is interesting to think of what would remain of our dreams when we are long gone. Something we normally don’t think about. Will our dreams simply be a few stones stacked up that some archaeologist will think was some outhouse but it was your sanctuary.

We came here to meet up with some New Zealanders and Americans that we had met before somewhere on the other side of the world.

We stayed at “Sugar Beach Club”. The Colourful paint, mosaics, cushions and free-range chickens tell us that hippies were once here. The full-grown Eucalyptus trees tell us that these hippies may have been Australian Hippies but they are long gone. The place is now run with little joy. Simple luxuries measured out in turkish lira or euros. It looks the part but, well, just doesn’t feel true to its laid-back appearance.

We heard about “Butterfly Valley”. We took the “Butterfly Valley Service” to the place “Those Dirty Hippies” bought, as we heard in the Lonely Planet Guide. Great! We thought. Finally some real people.

We got there and saw all the creatively constructed shacks, the colourful signs with thoughtful messages of spirituality, saving the planet and not wasting food. Echos of a hippie culture long gone. We looked for the community we heard was there but there was none. I talked to a man working there and he said there never was a community.

I think they were here but they have left. A handful of turkish men come in for the day to serve the tourists during the season.  The tourists come in to see the butterflies, the waterfall and see a hippie community that isn’t there. The men sell them beer, a night in a “hippie hut” and permission to walk to the falls.

Our kids immediately saw the inconsistencies, being well versed in hippie community.

Hannah followed up with, “And there is white sugar on the table! Something is very wrong here”.

True enough. The community is gone. The shell remains. 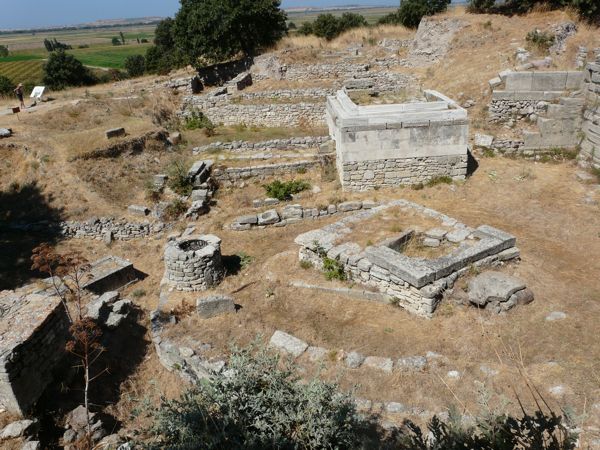 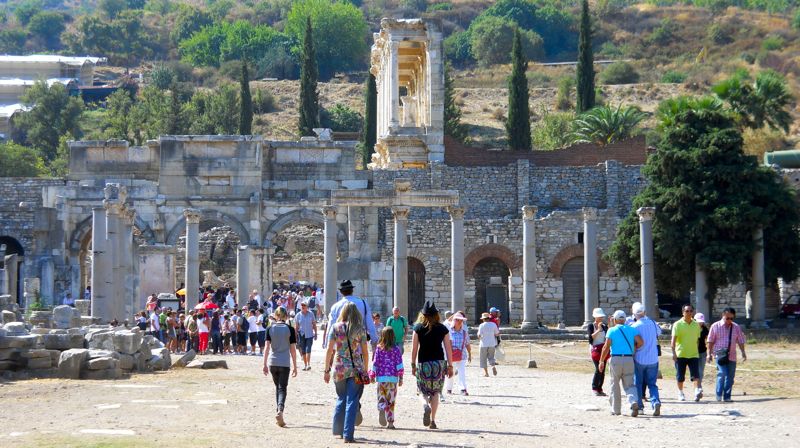 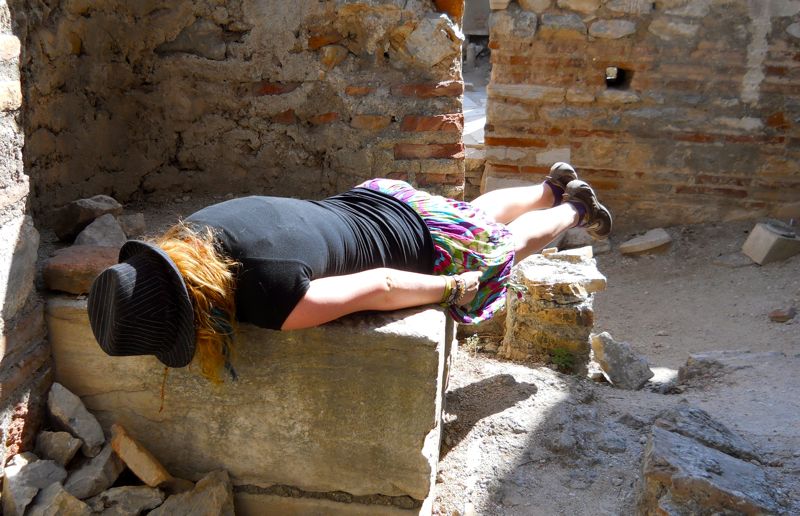 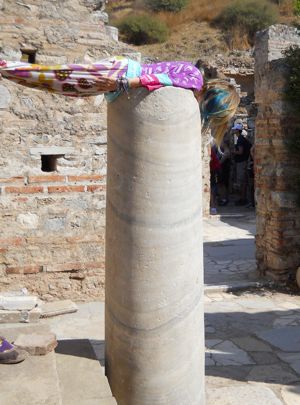