We have been hanging with economically poor people for our whole teen and adult lives.

I went on many orphanages and dumps to visit people when I lived in Southern California.

I chose a nursing school on the East side of LA that staffed a hospital that took care of the poor. I remember cleaning all the maggots out of wounds and showering them with various insecticides before they were admitted onto the ward.

During this same time Andrew was hanging out with drunks in Australia. Filling a thermos of coffee and going out to hang with them.

Andrew and I met on a ship that brought really inexpensive educational books to poor countries in Central and Latin America. We slept in warm bunks and sailed away to the next port.

After having a couple of kids we lived in San Francisco. Almost at the corner of Haight-Ashbury, just as the area was being overcome with street kids after the death of Bob Marley. Sometimes we would sit with the street kids and hear their stories. We were counted as one of them by passers by and were spat upon.  People would look at me and my kids and shake their heads.  We ran a feeding program. Brought a big pot of soup and bread into the park and shared it with whoever was hungry. We went out onto the streets and invited the street kids into our home for a shower, a meal, a chat, a song, a conversation, a cuddle. We even shared some of their diseases. But we were still separated by the fact that we had a bed under a roof in a house where we paid rent. Granted it was just a couple of mattresses we strapped to the wall with a safety belt during the day so the kids had a place to play. We also shared the flat with 7 others. It was still something that set us apart. We sat on the streets during the day and went back to sleep under a roof. We were looking in from comfortable lives.

Now, we are counted with the poor.

We are downwardly mobile.

We live in a truck.

We are global nomads.

This brings about certain problems. My kids don’t need a toilet to go pee. They all prefer to find a nice, private “shrubbery” to pee on. This is fine in Morocco. This is not fine in the United Kingdom. They eat lots of weird food but they are beginning to shun private plates and utensils. What does this mean? Well, for one thing we are having more and more difficulties hanging with the middle classes the more we hang with the poor. Not as someone who goes back to their apartment after but sleep side by side with the poor. It is out of choice, we are counted as poor. But what about our kids. For those that have eyes to see our kids stick out from the norm with their acts of generosity and inclusion. However, their inability and seeming ambivalence to typical social games can make them appear immature and weird. They are flexible and independent but Andrew and I get to bear the judgement of being bad parents when we give our kids freedom and responsibility and a voice that is alien to most kids.

We are counted with the poor. Are we doing the right thing? Are we being fair to our kids? As adults Andrew and I have a choice but are we plunging our kids into a strange existence and outlook on the world that can marginalize them. I am so proud of my kids and young adults (to see the joy and the pain look at Sam’s last 2 blog entries on his diary entry and coming home ). I really dont know how to raise kids differently. Are they going to get beaten up in a world that may never understand them? They are being counted with the poor and the marginalized.  I don’t know if I feel like a good parent right now.

We are counted with the poor. We are becoming less and less able to fit in to Western middle class. We share the shame.

We are counted with the poor. What are we learning?

How to love and forgive complete strangers.

How not to judge. 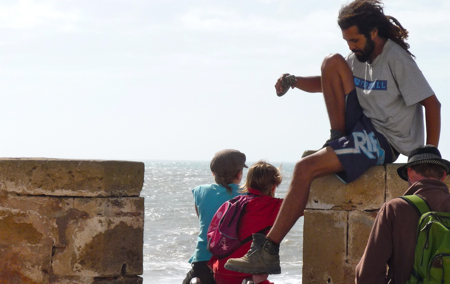 How not to let anger take over when we feel injustice.