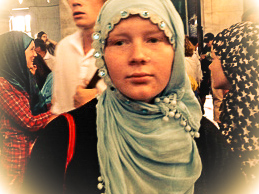 “Abigail went to Transylvania, Romania to research the prevalence of bats and the myth of Vlad the Impaler and Count Dracula.”

Roadschooling is the only way we can travel and educate our kids at the same time. A lot of people ask about entrance into university when the kids get older and we finally had the chance to prove it.

When Abigail applied to study at the Polytech (Community College), the teacher wanted more substantial proof that she had not been sitting on a couch watching episodes of South Park for the last few years of her roadschooling. So I sent her a letter . . . Here is the main section.

In the past 4 years, Abigail has visited many countries in which she took advantage of learning opportunities, cultural immersion, language training, historical studies, etc. She learned from experts in the countries and from daily schooling activities as well as completing directed projects assigned to her by her parents.

Highlights of these recent educational experiences are as follows:

– Abigail studied ancient Chinese history at the Forbidden City and Temple of Heaven in Beijing, China.

– Abigail studied history and archeology in Turkey at the ruins of Ephesus and Pergamum as well as the ancient cities of Troy and Olympos. While there she read Turkish literature (Portrait of a Turkish Family, Birds Without Wings, etc) as well as ancient Greek mythology.
– Abigail gained computer skills and social media experience through web design and blogging, becoming the “Webmistress” of our family’s travel blog http://jonesberries.com
– She studied pottery making in Safi, Morocco and spent time with Saharawis (a nomadic tribe) in the Sahara Desert.
– She studied war history at Gallipoli, Turkey, in particular the New Zealand impact as part of the ANZAC offensive.
– She completed catering and food hygiene training at Freakstock Festival, Germany and Sir Toby’s Hostel, Czech Republic
– She studied historical religious locations including educational visits through the Pura Besakih Temple (Hindu) in Indonesia, the Blue Mosque (Muslim), and the Hagia Sofia in Istanbul.
– She studied East/West European reunification at the Berlin Wall, Germany and took a Jewish history tour of Budapest, Hungary (she had already visited Auschwitz-Dachau Nazi camp in Poland as a child).
– Abigail has studied nutrition and is familiar with vegetarian, vegan and raw food diets. In 2010 she climbed the Atlas mountains in North Africa with her baggage on a donkey to attend a Rainbow Festival. 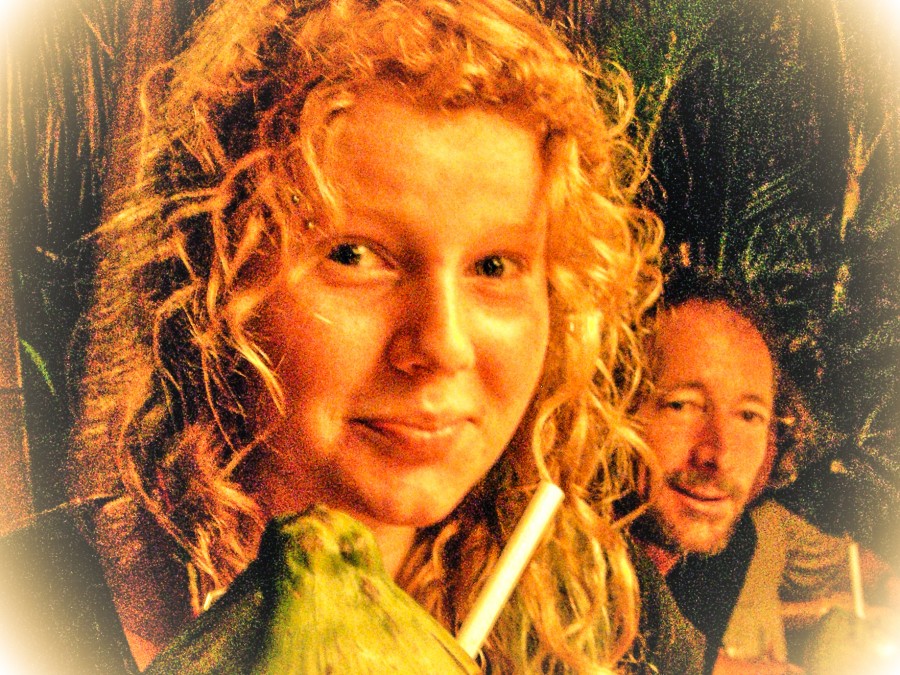 – In Lisbon, she studied the impact of Portugal on the world through maritime exploration. Her text book was “The Worlds First Global Village”.
– She has gained agricultural experience in shearing sheep, handling pigs, milking cows, as well as from gardening projects in New Zealand and olive harvesting in Portugal.
– She acted in a commercial for a New York production company to launch an American literacy project called Know How 2 Go It can be viewed online at http://www.knowhow2go.org/
– Abigail went to Transylvania, Romania to research the prevalence of bats and the myth of Vlad the Impaler and Count Dracula.

– She studied ancient Egyptian history at the museum at Cairo and on location at the Giza pyramids under the tutelage of Ibrahim Morgan, historian and Egyptologist. Of special interest was King Tut, who was about the same age as Abigail and, like Abigail, had ear plugs.

– At Lake Ohrid, Macedonia, Abigail researched the ancient cave churches and the early monasticism that produced the Cyrillic alphabet.
– She studied the art and scientific inventions of Leonardi Di Vinci at Venice, Italy. 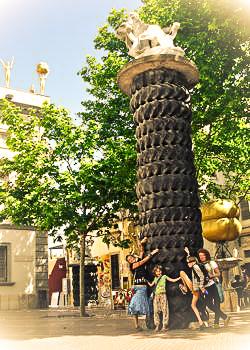 In Spain, Abigail studied the surrealist art of Salvador Dali at the Dali Theatre-Museum in Figures, and the works of Pablo Picasso in Barcelona. She studied the architectural achievements of Antoni Gaudi in Barcelona, Spain, in particular the Sagrada Familia.
– In 2012, Abigail completed a 5 month modern apprenticeship in hospitality and tourism in Prague, Czech Republic under Matthias and Carrie Schwender, owners of Sir Toby’s Hostel
– She gained experience in bookkeeping, accounting and budgeting both at the hostels and with social enterprise projects.
– She has learned the crafts of pottery, sewing, knitting, spinning wool, crochet, and clothing modification. She also learned the art of piercing and tattooing from Portugal’s first and leading tattoo artist, Paulo Matos.
– She studied alternative building methods through participating in the construction of straw-bale houses, geodesic domes, yurts and helping to construct a self-build motorhome from an empty truck shell.
Abigail has just turned 17 years old and has become a capable, reliable, hard-working, young adult. She has now been to over 40 countries and gets on fabulously with people from any culture. We are very proud of her and expect her to excel in whatever she puts her mind to.
Abigail has suffered from Type 1 Diabetes since the age of 7 but that has not stopped her adventurous spirit or her nomadic exploits. She always wanted to sky-dive, a desire that was fulfilled last year when she jumped out of a plane in Queenstown. I call her the world’s most adventurous diabetic.
I understand her education has not been normal, at least for the past 4 years, but we believe it was exceptional and productive and has helped shape Abigail into the spectacular and individual person she is today.
I will be happy to send more information if needed.
Sincerely
Andrew Jones
(Father of Abigail)
———————–
ONE YEAR LATER:
That letter was written a year ago. Here’s how things worked out:
– The teacher decided the course was too easy for Abigail and insisted she take something more challenging. Which she did.
– In her year at University, Abigail completed the course at the top of her class in hospitality and tourism.
– She accepted a position at a 4.5 star hotel in Wellington, New Zealand. Within a few weeks, she was the head barista of the cafe. Over the past few months, she has bombarded the hotel with new ideas and has been asked to rewrite the menu. She serves coffee to the Prime Minister, the All Blacks rugby team, and the cast of The Hobbit.
– Abigial is loving life, considering further studies in cultural anthropology but is wondering if university is necessary to complete her education when she could teach herself.
– Three weeks ago, Abigail turned 18. She agrees with us that road schooling is awesome.